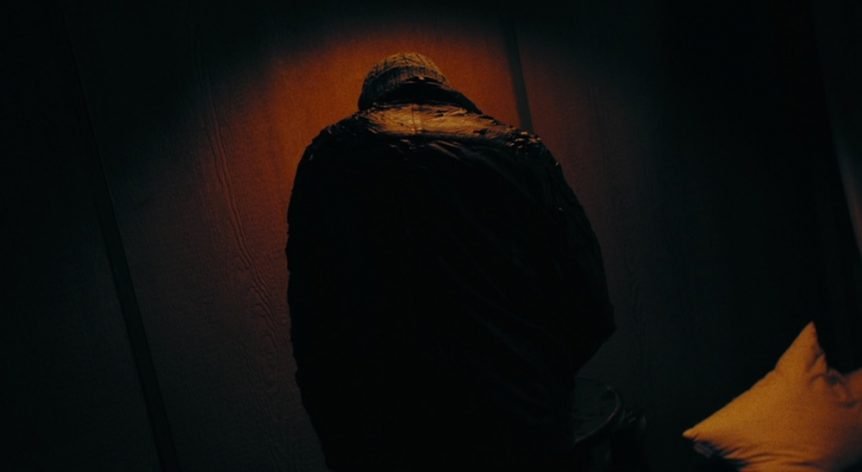 A gritty horror thriller, “Night Caller” follows telephone psychic Clementine Carter as she is pulled into a complex web of mystery when she receives a call from a serial killer. Predicting his murders before he commits them puts her into a terrifying game of cat and mouse.

Filmmaker Chad Ferrin, who is known for cult classics such as “Exorcism at 60,000 Feet” and H.P. Lovecraft’s “The Deep Ones,” had worked to land larger funding for “Night Caller” early on, but soon found different inspiration to get it made. “‘The Deep Ones’ was such a success artistically and financially,” said Ferrin, “that it sort of injected all of us with a dose of ‘Roger Corman inspiration’ to just get few bucks together and crank out a modest budget, quick turn around film.”

Bringing aboard cinematographer Kyle McConaghy, the two dug deep into 70s and 80s films that evoked a grainy, shadowy world, which was the style both were inspired by for the “Night Caller” story. McConaghy chose the URSA Mini Pro G2 for the shoot from his past experiences and his knowledge of the image it could produce. “The G2 is amazing. I’ve filmed a few features on it now and I appreciate it more every time. The functionality is great and the image is so organic and film like. I shot with a different camera on my last feature, and I regretted not using the URSA almost every minute of the shoot!” 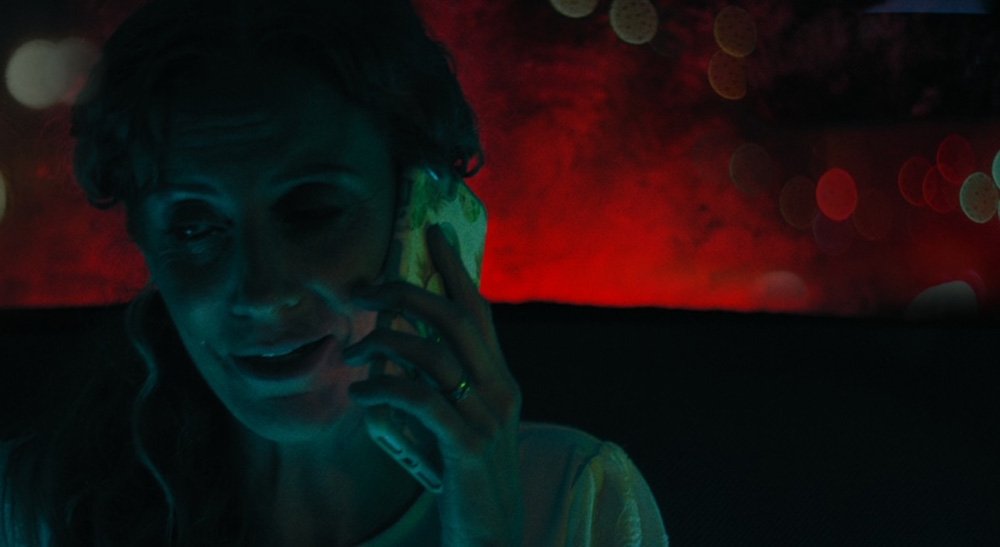 Shot in only 10 days, the team knew they would have to move fast. “Shooting that fast can get pretty challenging, but can also be rewarding,” said Ferrin. McConaghy dove into creating the unique style for the film, while adapting to the tight budget and schedule. “I’ve always been envious how old films can embrace unflattering lighting, be it the hard light of 50s films or the flat, naturalistic lighting of 70s films.”

“In my experience, the URSA Mini Pro is one of only a couple cameras that can still look authentic and filmic even in non ideal lighting situations” added McConaghy. “In one scene, Clementine has a conversation with her psychic colleague in the lobby. The practicals of the lobby were these presumably old fluorescents underneath this dirty, off white plastic. We didn’t have the time or budget to replace the bulbs or augment with additional lights, so I just went with the natural lighting. That is now maybe my favorite look in the film. The Blackmagic color science looks so much like film stock and was able to render us this really great filmic texture.”

Shooting a film with limited budget also meant limited equipment, and often using only existing light. “The URSA Mini Pro isn’t always given credit for its low light ability,” said McConaghy. “But it really does such a great job capturing detail even when you have to push the exposure. In one pivotal scene, Clementine visits the site of a murder by this long outdoor staircase. It was a night scene, but with only the not so bright street lights and one Astera light tube, we were able to effectively light a very large space and maintain so much detail in shadows.”

Evoking the classic looks of the 70s and 80s meant embracing color and saturation, and McConaghy was confident the camera could handle it. “The color rendering of the G2 is second to none,” said McConaghy. “With other digital cameras, I often fight trying to get a saturated, (filmmakers) ’Argento’ or ‘Refn' look while not looking like someone just added 50 points of saturation.” 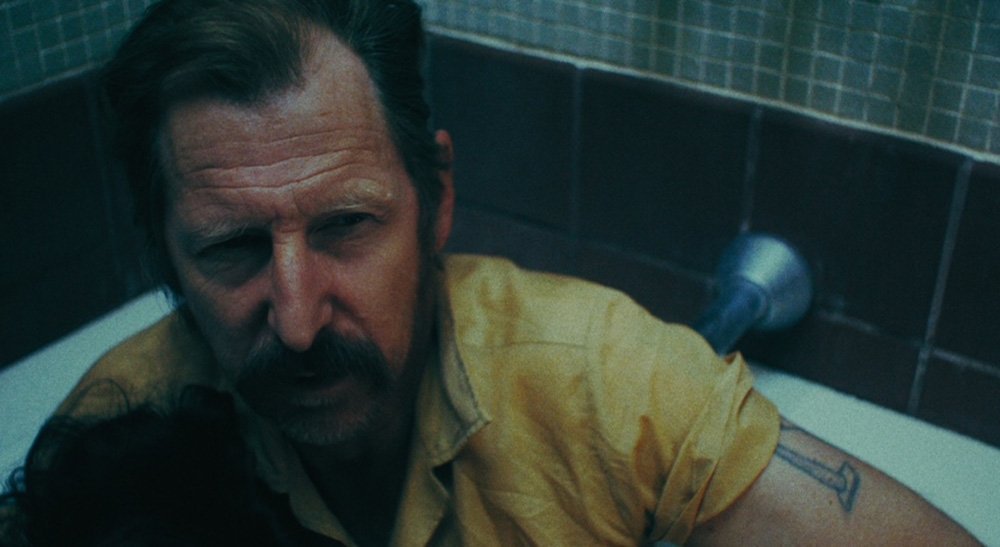 “Other camera brands’ colors just look more artificial or something. But the URSA Mini Pro and Generation 5 color science is so pleasing. In Clementine’s psychic office, we have so many competing colors; a bright orange from practical Chinese lanterns, a blue and red from a neon sign right by her desk, and green coming from her computer screen. While the look was fairly stylized, it rendered super naturally in post.”

In the spirit of true low budget filmmaking, Ferrin chose to edit in the free version of DaVinci Resolve for the first time, and was surprised at how easy it was to switch. “Editing in Resolve was great! I cut my last two films with other programs so I was a bit on the fence about using a new system. But I gave it a shot, and boy, I'm glad I did. I can say with all honesty that Resolve is the best editing software I've ever used. And the fact that it's free is the icing on the cake to the cheapskate producer in me.”

In addition to his cinematography duties, McConaghy also graded the film using DaVinci Resolve. “From early on, Chad’s overall mantra when I asked ‘what do you want it to look like?’ his answer was 'The 70s’. We really tried to get something dirty and, hopefully, film stock looking in the grade. I started by creating a custom LUT and added a healthy dose of grain which we used on the G2 during production for reference, and to help with achieving our look.”

“Also, shooting Blackmagic RAW was amazing,” added McConaghy. “It’s so forgiving and natural and it lent itself to being pushed. I think we filmed the whole feature in Constant Quality Q0, and only had around 6 TB of footage. We definitely shot with Q5 when time was short and we knew a card change or offload wasn’t possible. And heck if I can tell what was shot on Q0 or Q5.”

With the help of the LUT, the quality of Blackmagic RAW and a talented crew, McConaghy didn’t have to dig in too hard to find the look he wanted. “I normally use a healthy dose of Power Windows in Resolve, but our gaffer Rapha Bola did such a great job with the lighting, and the image captured was so solid I felt like we could just kind of let the image sit where it was.” 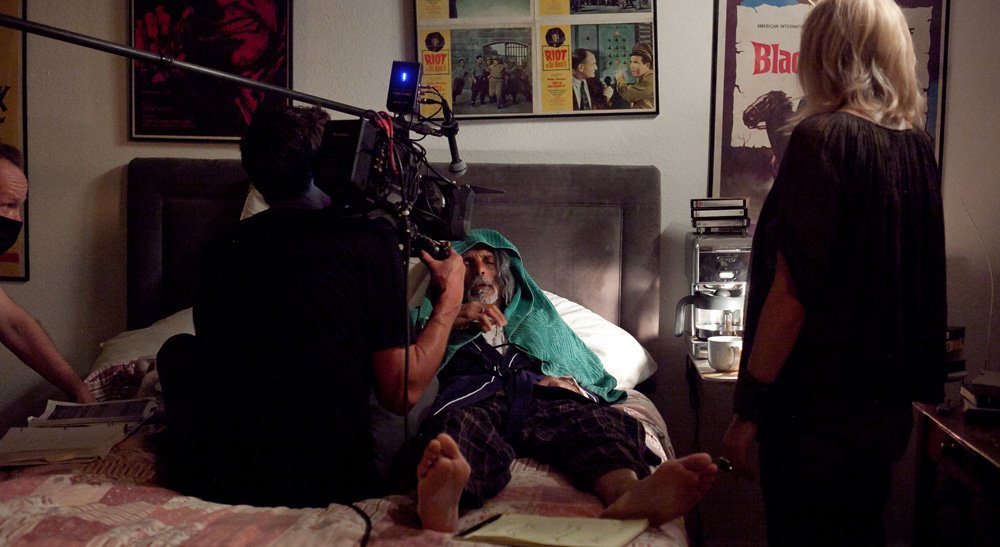