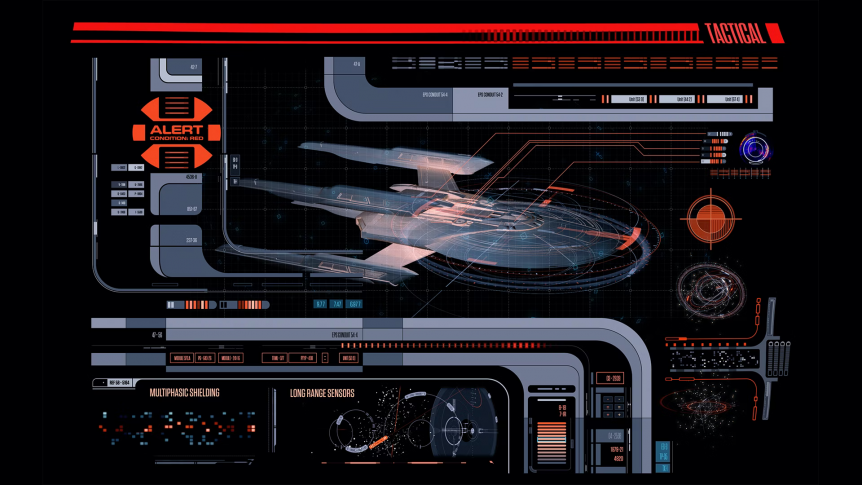 Twisted Media on the futuristic user interfaces they made for all three seasons of “Star Trek: Picard.”

Season two of the Paramount+ series “Star Trek: Picard” followed Picard and his crew as they battled a host of enemies and moved around in time while struggling to save the future.

Twisted Media, a Chicago-based design house, was behind many of the striking futurist elements in the series, which has wrapped production on season three. Maxon recently sat down with Twisted Media’s Creative Director Chris Kieffer and Motion Designer Noah Schloss to talk about how they used Red Giant tools, Cinema 4D, After Effects and Redshift to create the series’ graphics, most notably UI (holographic and practical).

Talk about your approach to this Star Trek-related show with such a legacy behind it?

Schloss: When you have a series or property with a legacy that spans 60-plus years, your first thought will always be ‘don’t mess this up.’ Fans live and breathe this stuff and Star Trek has given so many people hope for the future. We really didn’t want to let them down. 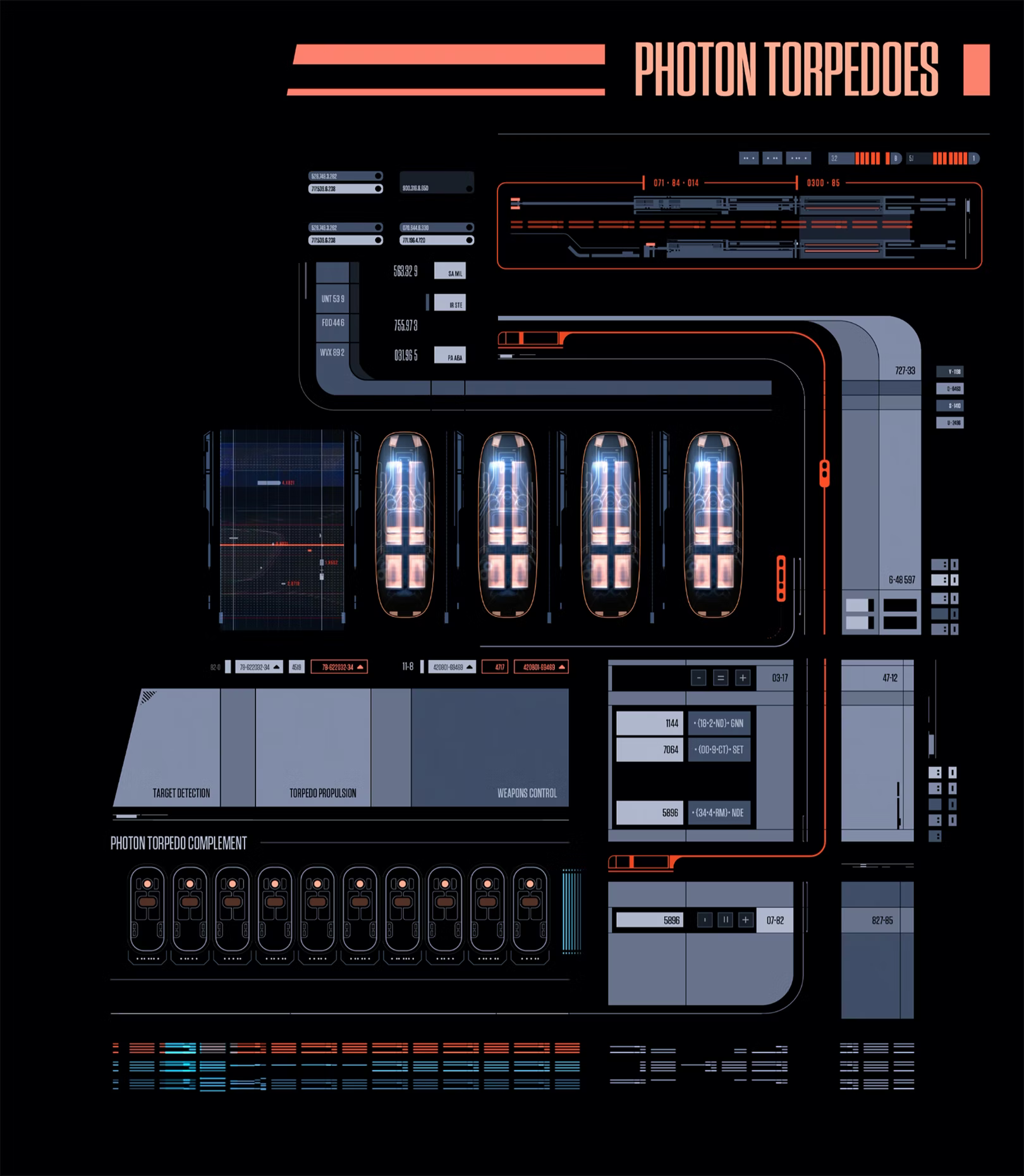 Kieffer: From the start we referenced older design examples from the show and the movies. What's been great about this entire series is they're really keeping it true to the fans and there are a lot of Easter eggs and references scattered around.

Schloss: We tried to stay true to “The Next Generation” and “Deep Space Nine” in terms of visual callbacks and imagery. We’re deep in the “The Next Generation” technical manual just about every day. Michael Okuda, one of the authors of the technical manual and designer of the original “Star Trek” computer system (LCARS) GUI, helped mold and guide the look and feel of our graphics throughout the second and third seasons.

And veteran Visual Effects Artist Doug Drexler gave us a bunch of 3D models from the production side that were tremendously helpful and inspiring. Both of them are heavily steeped in “Star Trek” lore, which was hugely important for us to lean on when we had questions.

Describe your workflow for the project.

Schloss: The go-to programs used here at Twisted Media are Cinema 4D, Illustrator and After Effects more than anything else. Different designers are better for specific things, so we assign artists according to their strengths within C4D.

We like how C4D plays well with our graphics pipeline as we jump between Illustrator, After Effects and Cinema 4D and need to bring it all home. We usually do our compositing in After Effects, and we used Redshift for some aspects of Season 2 and Season 3, like some of the neuron effects and brain scans (below), which wouldn’t have been possible on our timeline without Redshift. 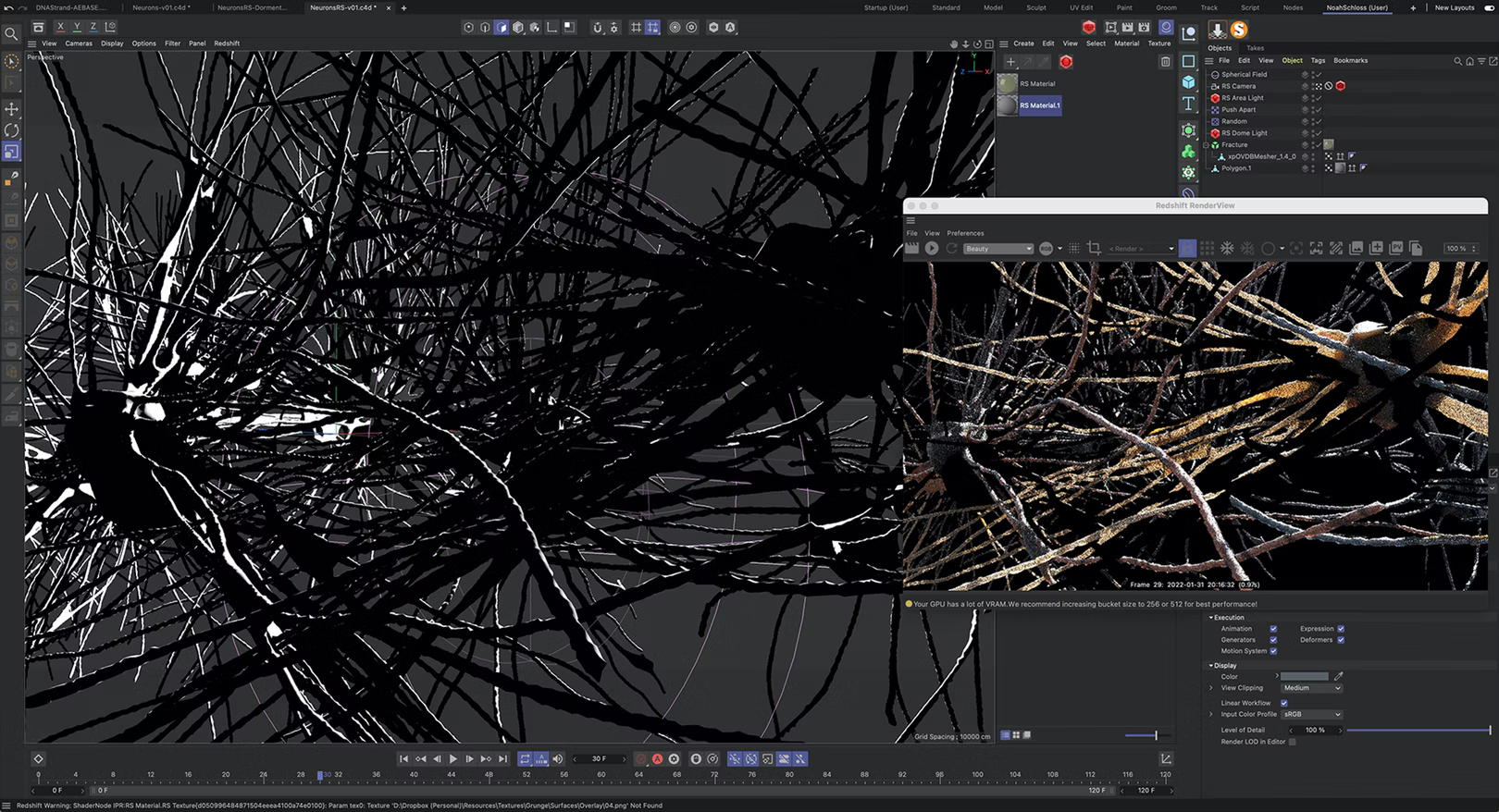 Kieffer: We were working on season two and three at the same time, so we were dealing with post-production for both series. We’d be receiving elements and providing them with effects, so we could implement graphics for them together.

There were also times when we used Cinema 4D for pre-production when set designers were building consoles and props/devices.

They’d give us models and we could conceptualize what all the different elements would look like together. It took a village for sure. It’s the type of workflow that benefits everyone by enabling a consistent vision for the project that looks and feels cohesive when it all comes together in the end. 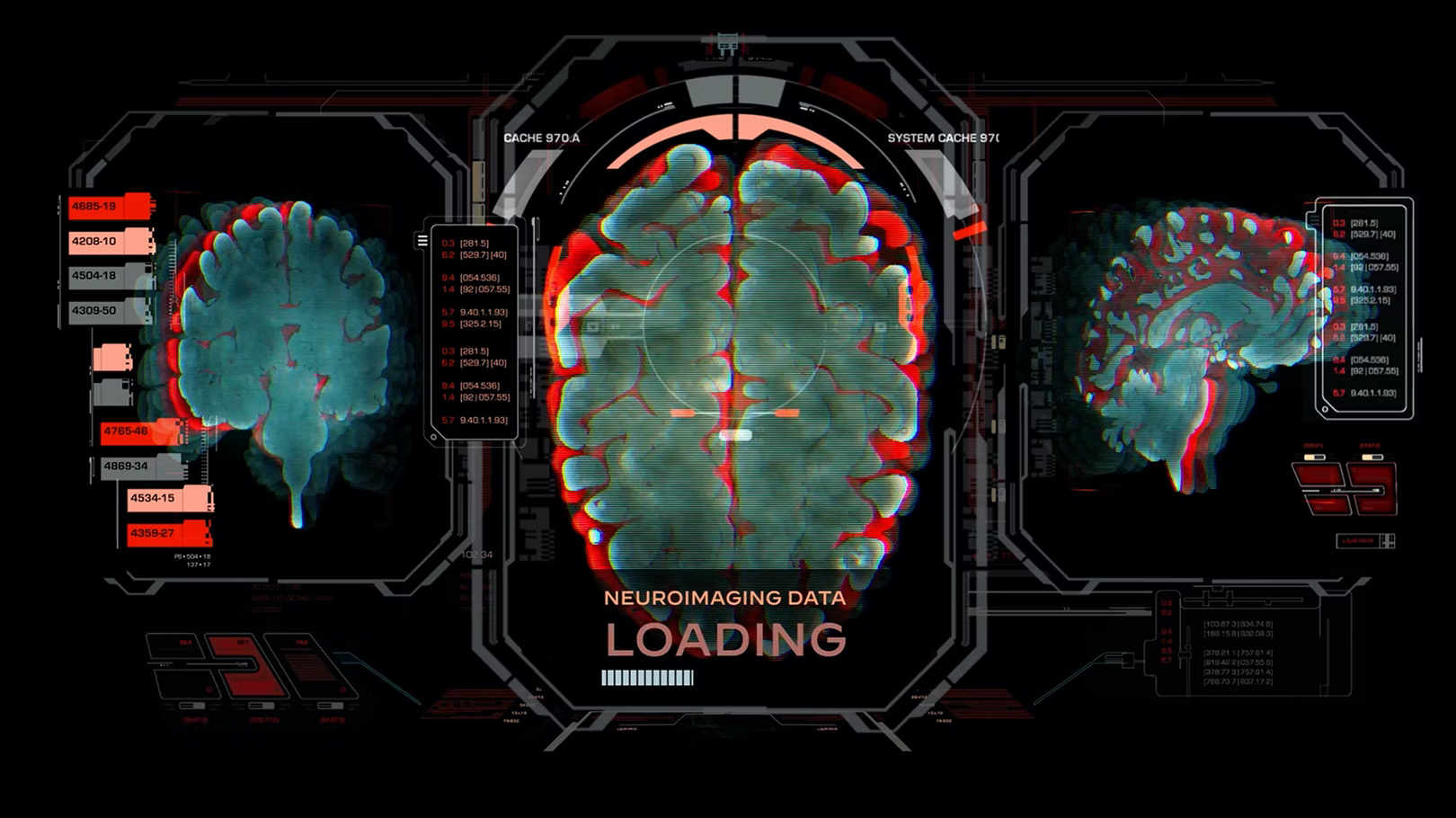 Were there any creative challenges you want to tell us about?

Schloss: Without giving too much away, we worked on the user interfaces for quite a few spaceships in seasons two and three. Due to the timeline, we had to figure out a way to go from Cinema 4D to After Effects and round trip as quickly as possible.

We ended up doing rendering most of the ships’ diagrams in After Effects with Trapcode Mir. Then, we would composite graphics on top of that. There were a lot of holographic looks in season one, but in seasons two and three focused much more on practical, real-time playback. 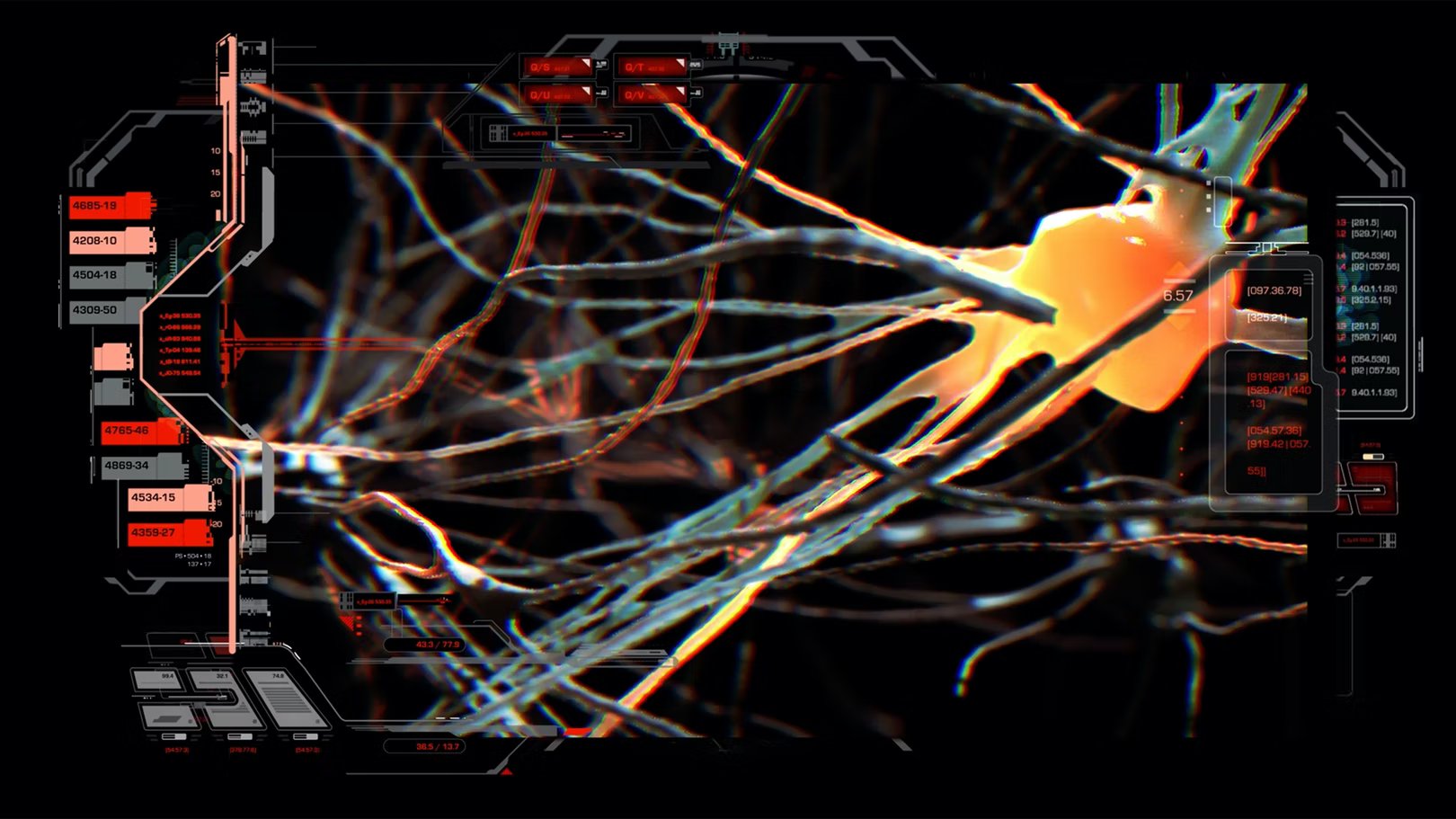 Twisted Media usually works on features. How do projects for TV measure up?

Kieffer: The short answer is that television production is exhausting. But this experience was made more challenging by the fact that seasons two and three were shot back-to-back, so this was a full sprint to the finish in every way. It helped that there were recurring effects and set pieces that we could come back to, which helped build on the world we started creating at the beginning of the season.

What are some of your current projects?

Kieffer: Currently we are wrapping up “Westworld” season four, and we’re in post-production on “Peripheral” and “The Flash.” We also are ramping up for the next installment of “Godzilla vs Kong,” and in pre-production on a series called “Fallout,” which is based on the video game.