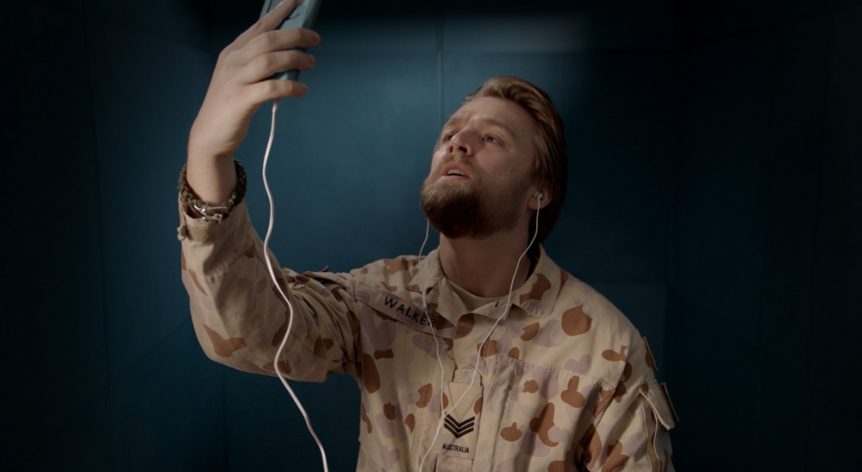 Shot in a small teal room with actors portraying soldiers wearing tan camouflage, each interview gives a sense of the subjects being isolated from the outside world and confronting the extremely emotional memories from being at war.

“It was a very simple set where very complex thoughts were spoken, a look into the universal story of soldiers and the cost of war for them. The footage had to look cinematic but also had to be relatable. It was almost like a therapy session that we were giving people access to,” explained Drumm.

The series was shot during three days by experienced cinematographer David Richardson, who has also used Blackmagic Design cameras for a number of commercials and film projects. Using the URSA Mini Pro 4.6K G2 gave Richardson the ability to easily meet YouTube and Vimeo HD requirements, while still shooting in 4K for potential use by other global streaming services later. 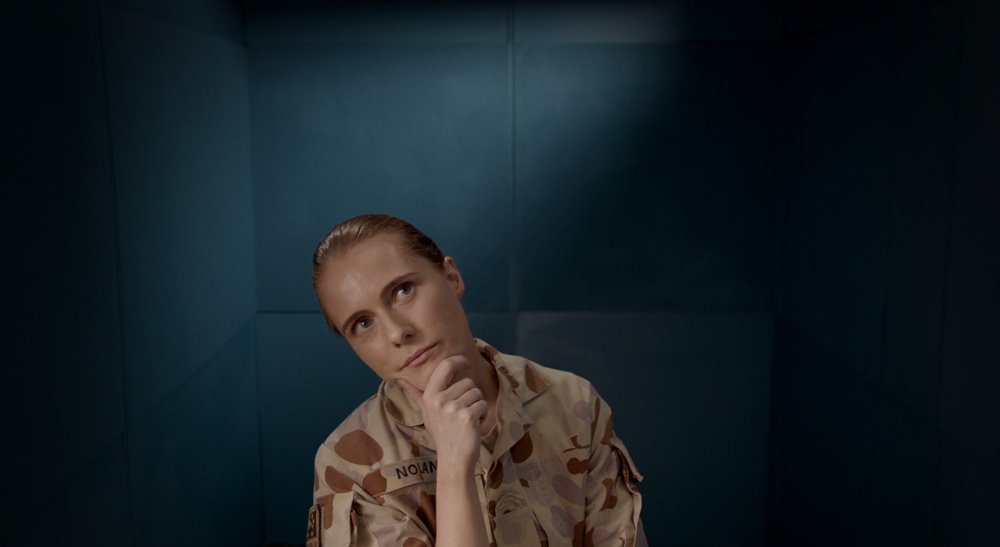 While shooting, the URSA Mini Pro 4.6K G2 was set in a single spot and at a fixed angle. Each actor was free to move around the room as they told their story, with Richardson capturing every shot 10 percent wider than usual to allow for reframing in post if necessary.

“The idea was to set this up like a Skype or Zoom call, but have it be cinematic. The Blackmagic camera got us really amazing images,” Richardson said. “Shooting in 4K, we knew the Blackmagic camera would get enough data so that when we got to post, we could resize and make any corrections we needed. Shooting in Blackmagic RAW also made the post process with Resolve much easier and gave us great quality without having huge file sizes.”

Richardson also relied on the URSA Mini Pro 4.6K G2’s efficient design, ability to record high quality audio, and view Rec. 709 images in the Blackmagic URSA Viewfinder. With these, he was able to do the most with the least amount of gear in the tight space.

Footage was sent to Belinda Fithie for editing and then to veteran colorist Deidre McClelland, CSI, for grading. McClelland, who heads the Victorian Chapter of the Colourist Society International, was one of the first colorists to operate a DaVinci grading system in Australia in the late 1980s.

“Using Resolve and Blackmagic RAW files let me be efficient. It was easy to bring in the rushes, find a suitable LUT and export the rushes for dailies,” Fithie commented. “The conform and grading process was so easy, no exporting of AAFs between systems and no reconforming. Just creating a new project for the grade, linking the two projects, which is a very handy feature in Resolve, and copying and pasting the sequences into the cleaner project for the colorist. Simple.” 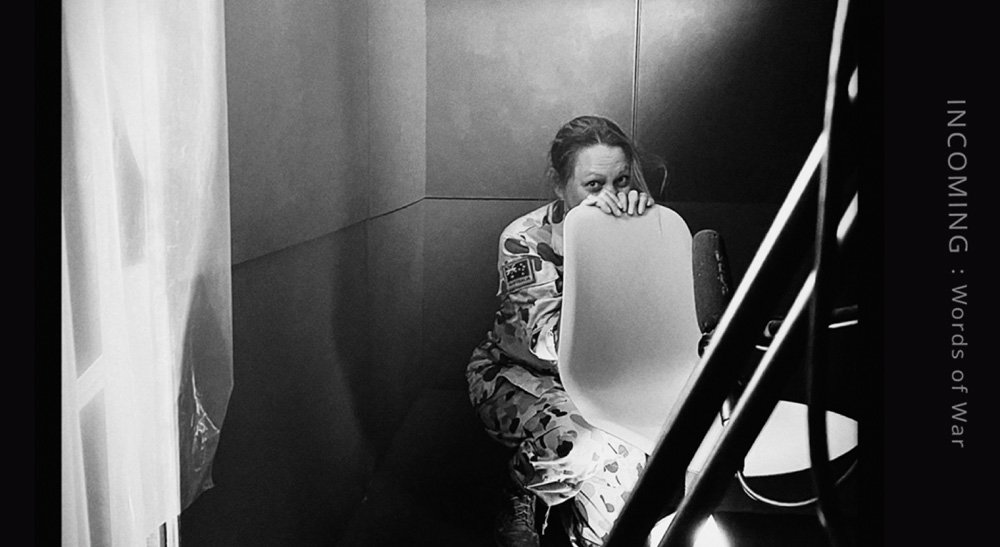 DaVinci Resolve Studio’s efficiency freed Fithie to focus on creativity instead of the technology. “Post is definitely a creative position, and Kerry let me have the creativity to sit with the rushes and come up with different ideas. It was a straightforward shoot, but it was also complicated to keep the viewer interested when you have a locked off camera and the action is only occurring in one place. In the episode ‘WAR,’ I did a lot of jump cuts to emphasize the tension that one of the characters is feeling and layered the audio. Resolve let me focus on the art,” Fithie continued.

For grading, McClelland worked with Drumm to come up with the look and feel of the series. Having only a single day to complete her work, the Blackmagic RAW workflow allowed McClelland to quickly.

“The stark teal room and tan uniforms are a striking look, but we also wanted to keep a natural look for the actors. I used DaVinci Resolve to create that, particularly with skin tones. For the female soldiers I used Resolve’s mid tone detail tool to slightly soften skin tones and then adjusted the skin tone for the men to be a little more rugged and edgier. Resolve’s Power Windows feature is really powerful and let me easily track the actors,” McClelland said.

“Getting that cinematic feeling and being able to get to a very specific look in post production was why we chose Blackmagic products. The Blackmagic camera gave us amazing color quality that we could easily bring into DaVinci Resolve Studio. The whole process was efficient and let us create to the highest cinematic quality,” concluded Drumm.

“Incoming: Words of War” is available now at https://incoming-web-series.com. 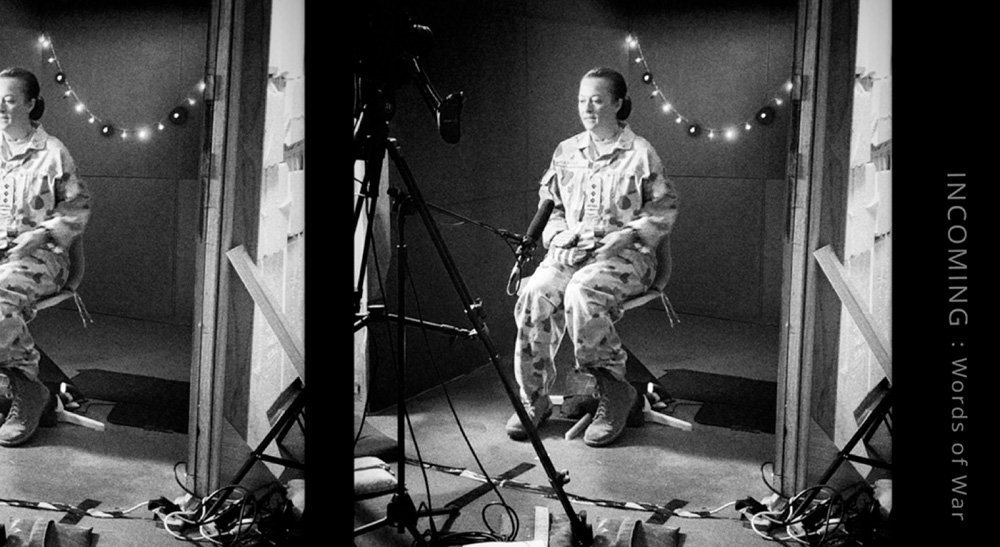