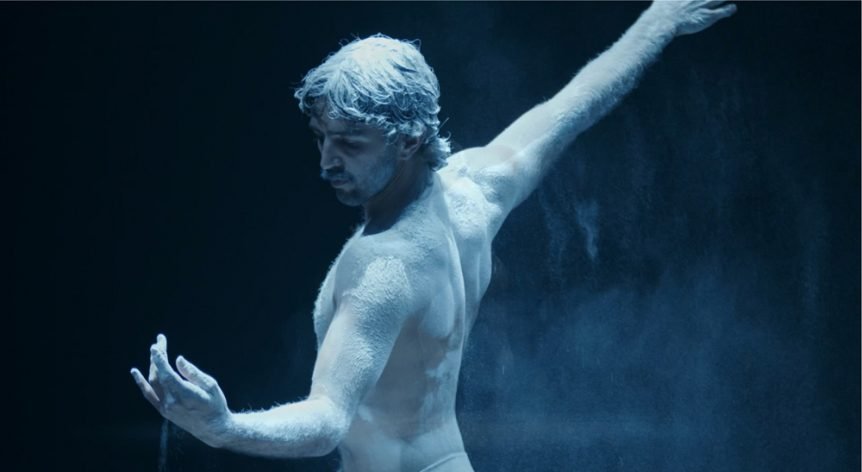 HKP is an Adelaide based award winning production house, specializing in theatre, cabaret, immersive events and theatrical digitization. When Covid restrictions hit, instead of slowing down, HKP saw the opportunity to move live theatrical performances to a hybrid streaming model. To do this, the company created Black Box Live, a live theatre streaming service that has helped metropolitan and regional Australian theatre survive and grow beyond relying on in person ticket sales alone.

Black Box Live is a digital destination for live performance that allows customers to watch live shows or watch previously recorded content on demand. The service has been used for many Australian performances as well as the streaming of 52 shows during the 2021 Adelaide, Edinburgh and Hollywood Fringe festivals. 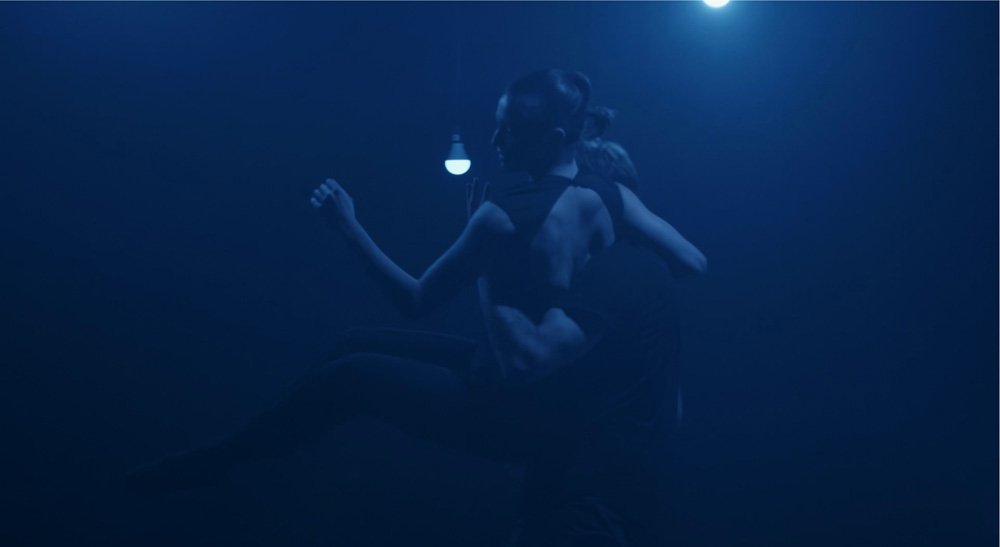 “We live and breathe theatre, and the Blackmagic products have given us the freedom to continue to create and innovate live performance. And because Blackmagic technology is affordable and easy to learn, we have been able to mentor more emerging artists and technicians to start their own streaming using Blackmagic Design systems,” said Tom Kitney, co founder of HKP.

At this year’s Adelaide Fringe, the world's second largest annual arts festival, more than 7,000 artists are expected to perform. To ensure that everyone will be able to see the show, even those who are not able to attend due to Covid or travel restrictions, HKP has chosen to livestream and make on demand streams available worldwide for the festival.

“Adelaide Fringe is always amazing but this year was a bit different with the number of people not attending public gatherings, or navigating event cancellations. Instead of sitting back and accepting fewer people, our company has pivoted from running live performance spaces, choosing instead to do high quality digital programming. It was a huge task to release such a breadth of shows across multiple genres, but with the Blackmagic cameras being so portable, giving high quality images and being easy to teach, we have been able to train a number of smaller technical production teams without sacrificing any quality,” Kitney said.

At a recent staging of Lewis Major’s Spaces Between Us and Epilogue dance performances, which were streamed through Adelaide Fringe and then available for on demand streaming after the festival, HKP used two Blackmagic Studio Camera 4K Pluses and a Pocket Cinema Camera 6K Pro, switched with the ATEM Mini Extreme ISO alongside three Pocket Cinema Camera 4Ks. Digital files of the live cuts were saved on the ATEM Mini Extreme ISO for post production and a 4K UHD version of the show was recreated from the Blackmagic RAW footage. 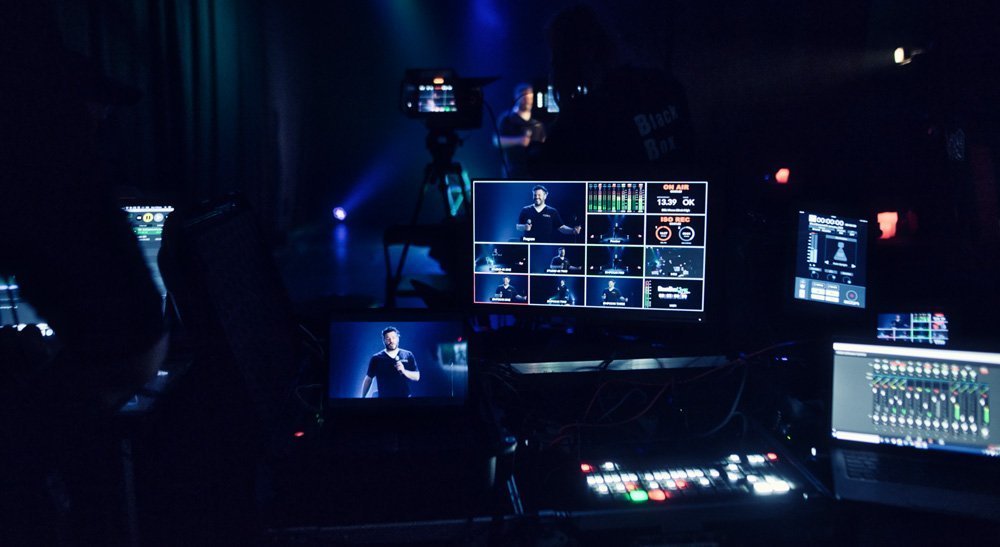 “The Studio Camera is perfect for regional touring. The set up time is minimal, and the process is super simple. All you need to do is slide the camera onto the tripod, click the lens in place, power, HDMI, SSD. Then flick the sunshade open and switch on,” Kitney continued. “The Studio Cameras don’t need many components to set up, which gives our operators more time to learn the show in the space and find the best angles and sequences. Plus the Studio Camera’s color and UHD sensors match perfectly with our other Pocket Cinema Cameras to give us plenty of coverage of the stage.”

Spaces Between Us and Epilogue were captured and livestreamed at the Sir Robert Helpmann Theatre in Mt Gambier, a large traditional proscenium arch theatre in regional South Australia. Capturing the performances included a variety of wide and close up shots that required HKP to be flexible with camera placement and camera operation.

Joanne Hartstone, artistic director of HKP, explained: “We established optimal distance of our cameras to stage within the auditorium and linked the cameras to the in house theatre systems and a central control position manned by our technical director, Tom Kitney. The Studio Cameras were close to the stage and we used the Pocket cameras for wide shots, which gave us an incredible amount of data to use in post production when we revisited and graded the stream in DaVinci Resolve.”

“One of the helpful features of the Studio Camera 4K Plus is the 7” LCD screen, which was amazing in low light, a common issue when filming traditionally dark shows from the auditorium. The camera’s handles also make panning and tilting really smooth, especially at the extremes of both sudden and sustained movement, which happen a lot in dance particularly,” Hartstone continued. “We love the freedom the local screen brightness and contrast controls give our operators to enable them to pick out performers in the darkest of blackouts before the lights come up.” 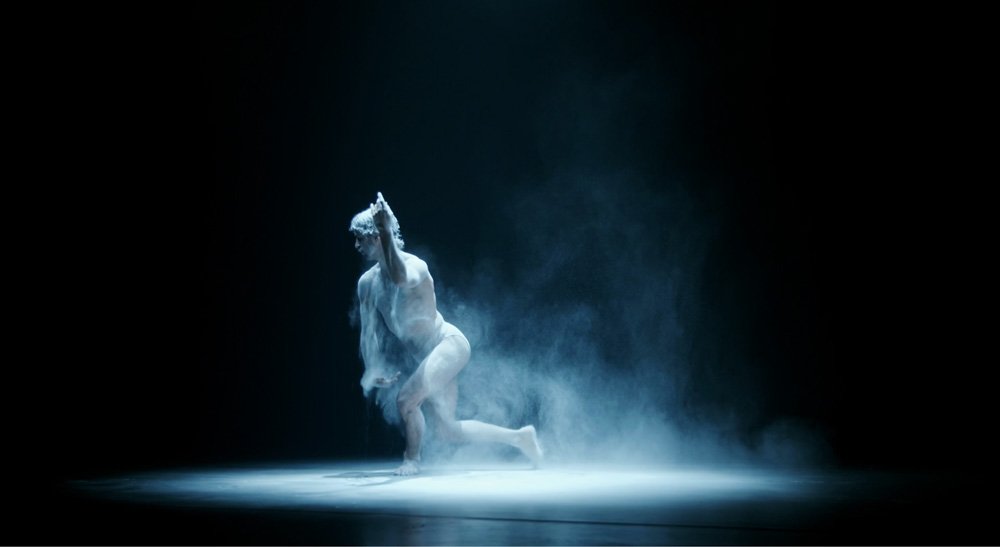