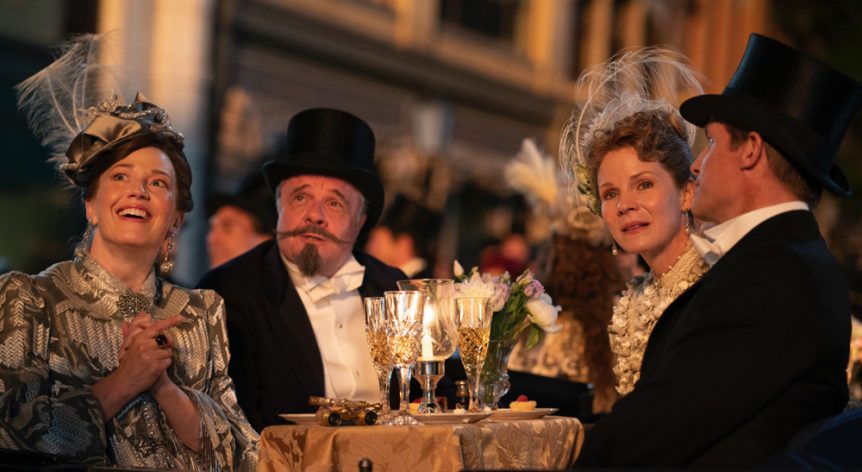 “The Gilded Age” pits old money versus new as American society goes through an era of incredible change and opulent wealth. Starring Christine Baranski, Cynthia Nixon, Carrie Coon, Louisa Jacobson and more, “The Gilded Age” follows the Van Rhijn and Russell households who are at the center of the societal battle. 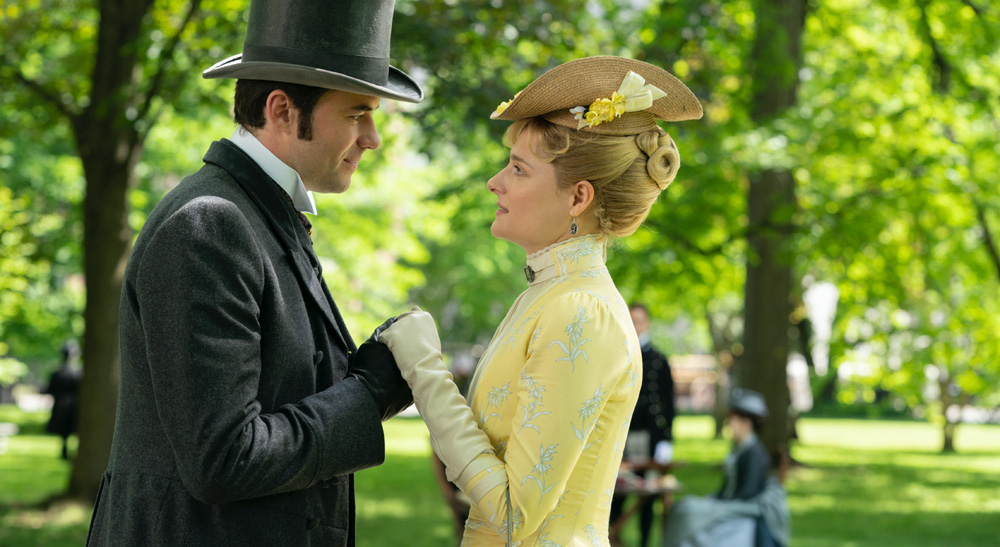 In total, the VFX team delivered 1,500 VFX shots over nine episodes for the series, covering everything from creating period correct street scenes, to a train crash, full music hall concert scene and ferry boat terminal from the 1880s. According to Robson-Foster, “This project was unique because so much of it was virtual. There were many big scenes we filmed entirely in a greenscreen set with just a practical doorway or a small section of physical set.”

“The main event was the construction of 61st Street between Fifth Avenue and Madison Avenue in New York City, where the Van Rhijns and Russells lived. The street was partially physically built and then completed virtually as a computer generated model. To help build the scene, we needed to shoot plates for the view that faced Central Park, so we relied on the URSA Mini Pro 12K in Blackmagic RAW,” said Robson-Foster. “Due to COVID, we shot a lot of the show in the winter when it was meant to be summer, so there was a lot of tree plate shooting. We also used CG trees, but without question it was better to use the plates for composite.”

When shooting, Robson-Foster relied on the URSA Mini Pro 12K’s usability to be quick on her feet. “When we went off as our own VFX unit to shoot the plates, we needed to be as flexible and compact as possible. The URSA Mini Pro 12K helped us be self sufficient,” she said. “The camera is very user friendly, and the interface is well thought out. Under time pressure and when chasing the light, it was nice not to get lost in menus and just easily get what we needed.”

Similarly, the Pocket Cinema Camera 6K’s intuitive Blackmagic OS and compact design made it ideal as a witness camera. Robson-Foster added, “We needed to be able to set up our VFX cameras quickly and reliably whilst the main unit was shooting. The Pocket Cinema Camera 6K’s small design was compact enough to use in the shot as a witness camera. We used it to shoot toward the main unit camera to provide footage we could then use as a reflection on windows and horse carriages.”

“For a period drama of this grandeur, every little detail counts. Even in a heavily virtual set, we’re able to add those tastes of realism into our VFX through incorporating VFX plates and witness footage whenever we can. The Blackmagic Design cameras made it easy to capture the assets we needed to not only turn winter into summer but also the clock back 140 years to the 1880s,” Robson-Foster concluded. 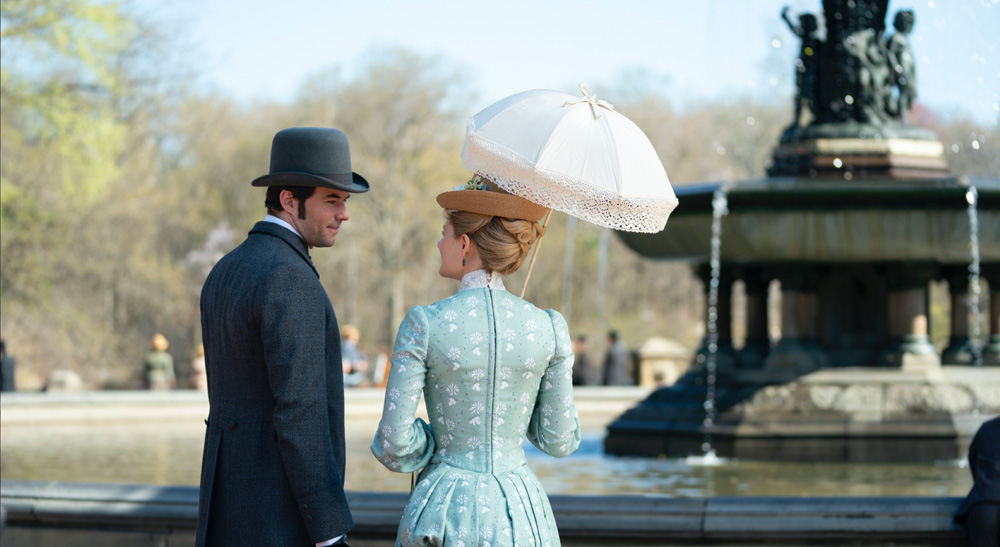