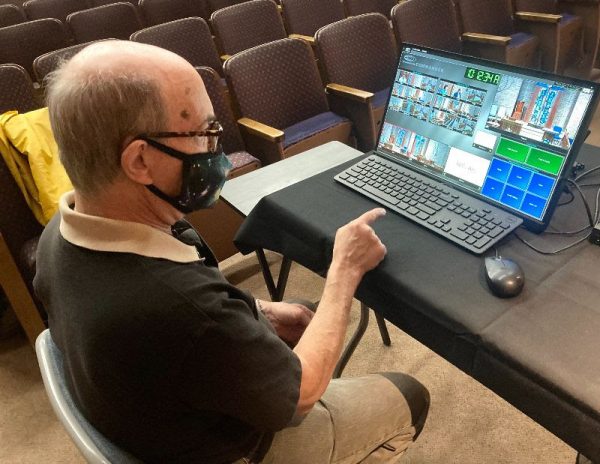 During the pandemic, many organizations that started streaming their services realized it wasn’t just about getting online, but also the quality of the video production that would keep congregations engaged. Temple Beth Am, Framingham, a Boston-area reform Jewish temple, was just such an organization so they installed a StreamingPix content production and streaming solution from Broadcast Pix to maintain high-quality communications with their congregation.

The temple holds Sabbath services every Friday evening and Saturday morning, plus a range of other religious events and community social events, which had to be curtailed or moved to online Zoom meetings because of the pandemic. 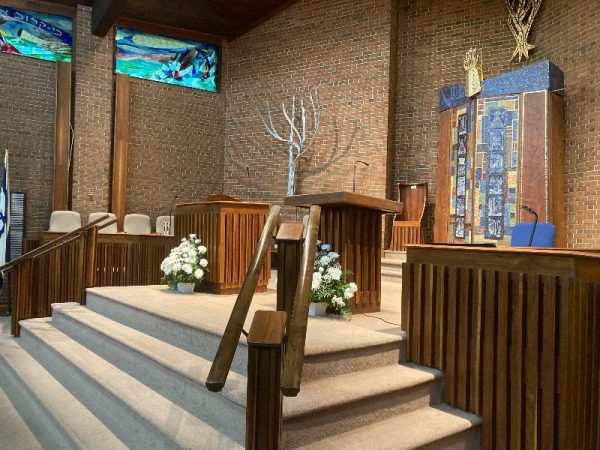 “Once people were no longer allowed to attend services in person, our leadership immediately began conducting services on Zoom from their homes,” said Bill Rabkin, a member of the congregation who also works as technical director for Temple Beth Am. “That continued through the fall and our High Holidays of Rosh Hashana and Yom Kippur.”

Rabkin then started borrowing cameras and tripods through his involvement with the local Framingham public access community media station. These first virtual services were well received by the congregation, but Rabkin knew he couldn’t continue borrowing cameras every Friday night, so they started using iPhones to capture services, which worked ‘ok’ for several weeks. 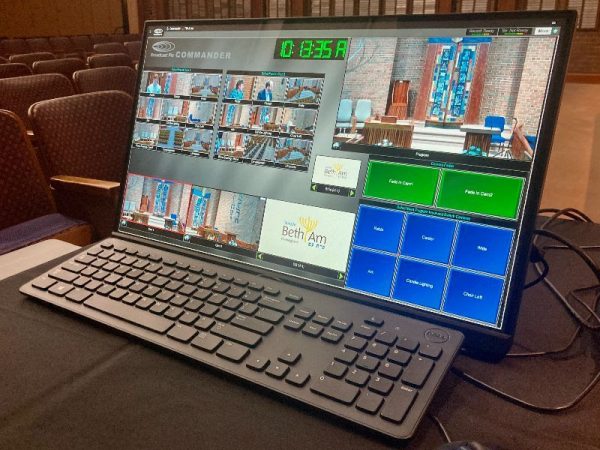 “By now the temple realized both the value of bringing services online and also the value of creating higher quality video productions,” Rabkin said. “Rather than simply sticking an iPhone on a tall tripod in front of the rabbi and cantor, we decided it would be an appropriate investment to have a permanent installation of professional video equipment.”

Working with Marty Feldman at system integrator Unique Media Systems, Rabkin explored video system options “that would be easy to use by people who knew nothing about the video” (especially important with a mostly volunteer staff) yet would allow the temple to raise its level of production quality. That search led them to Broadcast Pix and StreamingPix.

In August 2021, the system was installed with two robotic cameras connected by Ethernet to the small supplied BroadcastPix server, controlled from a large touch-screen display. Camera positions were chosen to give online audiences the best views of each service.

“The sanctuary is a large space with an airwall that can easily divide it into two smaller areas, one for services and the other a social hall,” Feldman said. “We mounted a camera in the center in front of the air wall, and also on one of the side walls to give members a side angle and straight-on view.”

Further enhancing that perspective are the zoom capabilities of the system’s RoboPix cameras. “Even though they are mounted about 35 to 40 feet back in the sanctuary we can zoom in for a nice tight ‘news anchor’ shot with plenty of detail.”

Installation was completed in time for the 2021 High Holiday services and immediately, everyone saw the difference in image and production quality.

“We were still in the midst of the pandemic so there were only two of us in the temple,” Rabkin said. “But these services were even more highly received by the participants than the previous year when we were using our borrowed TV studio cameras.”

With StreamingPix, the temple can easily change views during a service and also create recallable presets for frequently used camera settings.

“We can pan and swivel to capture anything we need,” he said. “When we have an event in the social hall, we simply rotate the cameras 180 degrees to pick up whatever is happening there and do the same for services.”

The Broadcast Pix Commander control software runs in a browser, enabling users to control a show using a PC or Mac, smartphone, or tablet device.

“I can control the cameras and make adjustments from anywhere in the temple, or from my home or office,” said Rabkin. “Our volunteers also use it. One member will often sit in the pews next to his wife tapping on the tablet to select the shots that we want during prayer.

Besides inputs for the two mounted cameras, StreamingPix has an additional HDMI input. “For special events, we can bring in an HDMI camera and locate that on the opposite side of the sanctuary to capture the third angle,” Rabkin

Bill Rabkin, a member of the congregation who also works as technical director for Temple Beth Am, uses StreamingPix.

said. “Or that third input could be a laptop running video or PowerPoint slides so we can roll in live footage or any multimedia data source.” StreamingPix also has direct IP connections to Zoom, YouTube, and other platforms enabling simultaneous live streaming of the production.

The temple re-opened for in-person services in January 2022, but plans to continue a hybrid “physical/virtual” mix based on favorable responses from the congregation; Attendance has grown significantly since March 2020 when the doors closed.

“We’re seeing 40 or 50 Zoom screens at services with many having multiple participants, and that’s in addition to whatever number of people attend in person,” Rabkin added. “It brings the community together and keeps everyone connected, whether they’re attending in person or away from Framingham.”