The sound quality is good, and the device is easy to operate with the plug-and-play function. Overall, it is the best iPhone wireless microphone that would be perfect for interviews, video chats, or voiceovers. 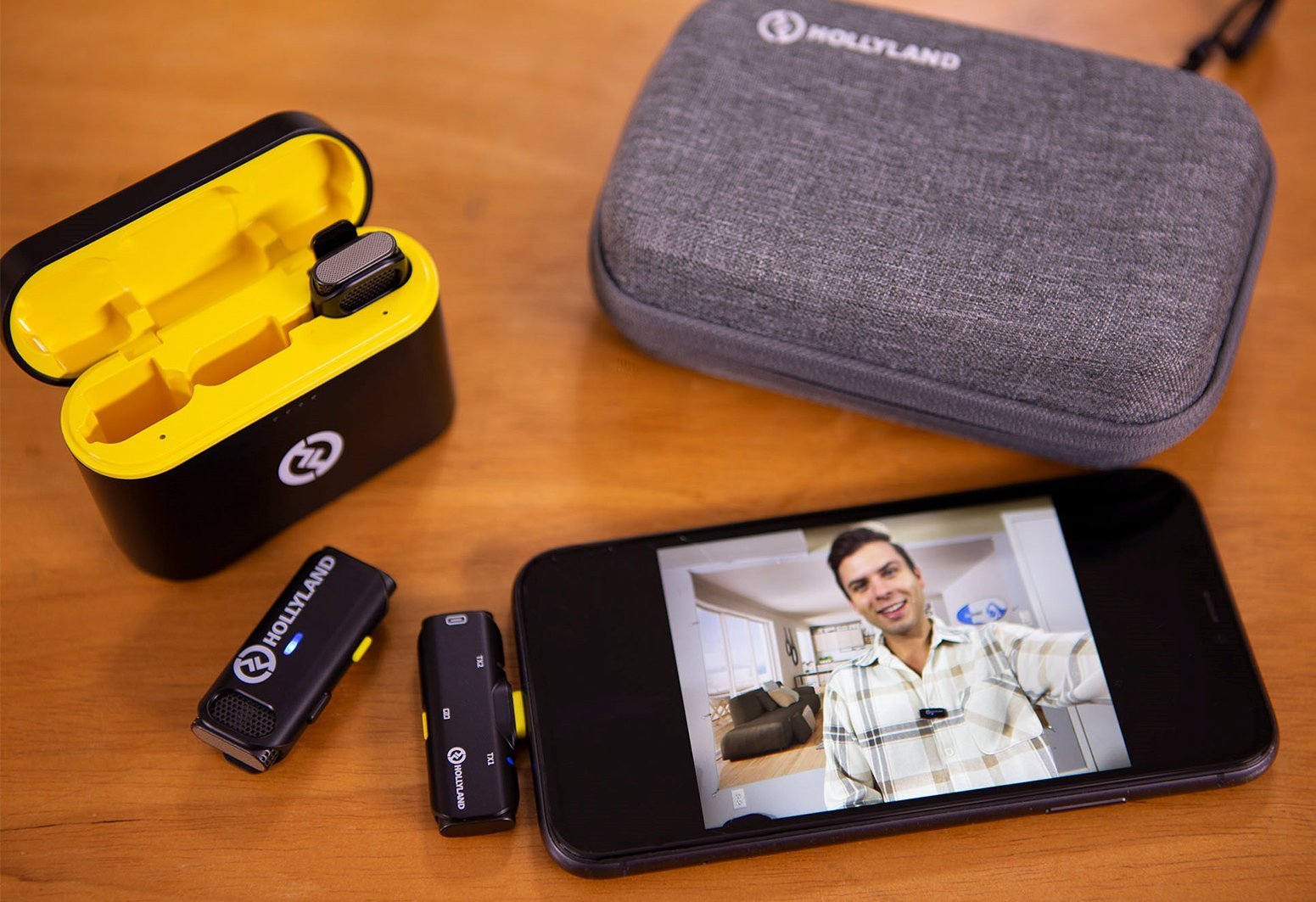 The Lark C1 is available in the iOS version for iPhones and other iOS devices and the Android version for Android phones with a USB-C interface. With the MFi certification, the Lark C1 wireless mic for mobile phone provides simultaneous recording and charging capabilities along with speaker playback when the RX is plugged in. Hi-Fi sound quality is delivered thanks to the active noise-cancelling technology inside the Lark C1.

The Lark C1 is a plug-and-play device that only requires you to connect the receiver to your phone. It has an ultra-long duration of 32 hours with the charging case fully charged and a 650ft (200m) line of sight range. Not only for iOS, but it is the best wireless microphone for Android phone as well, perfect for those who are using mobile devices for recording. 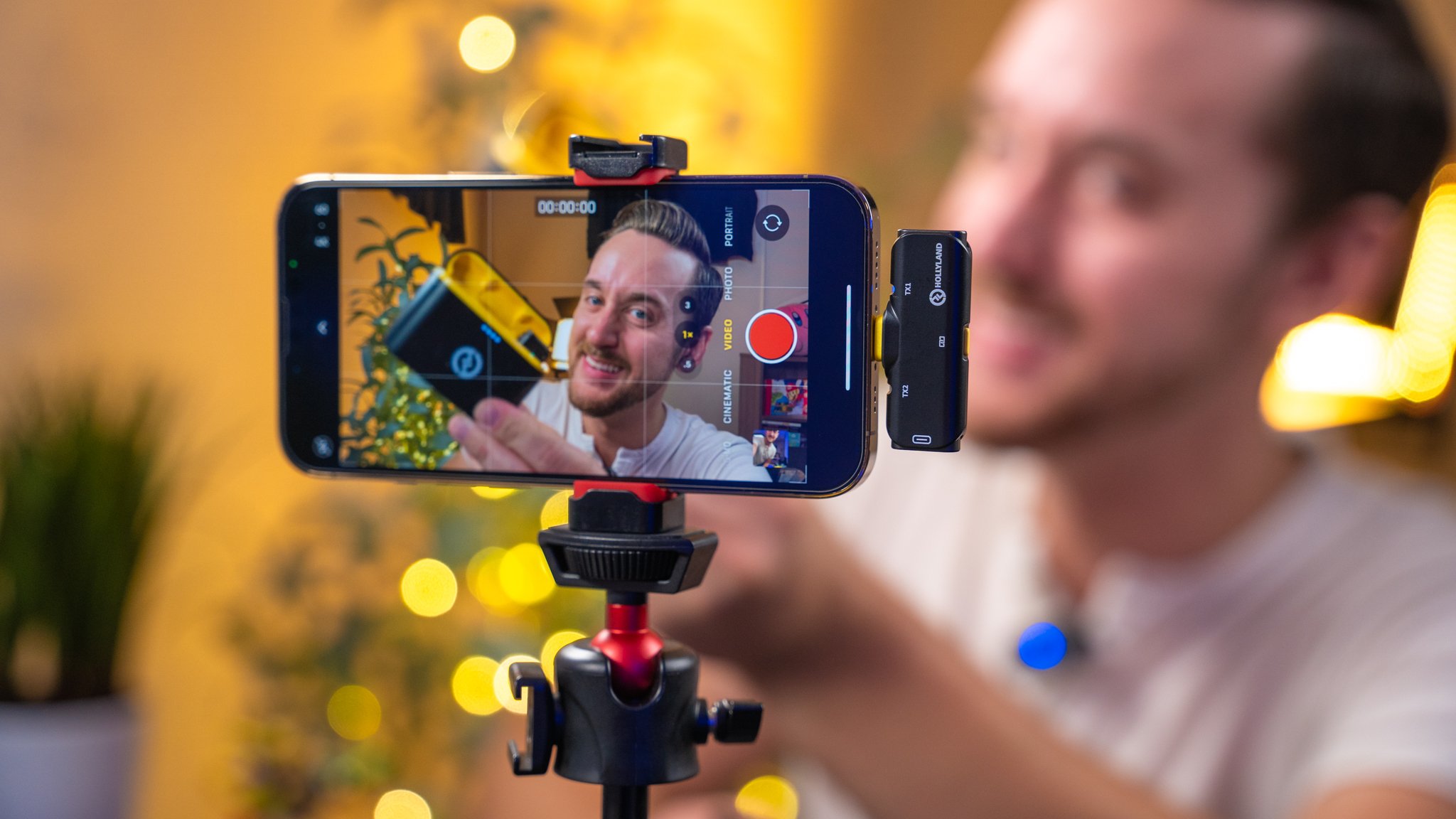 The Lark C1 Android wireless microphone is equipped with two of the most important features: superlong standby time and professional sound processing.

The former ensures that the microphone will be able to work for up to 8 hours on a single charging of the TX and up to 32 hours with the charging case fully charged.

The latter ensures that your voice will be reproduced with exceptional clarity. The mini microphone wireless Lark C1 comes with a sample rate and bit depth of 48 kHz and 16 bits, enabling it to capture sounds with incredibly rich details to deliver Hi-Fi sound quality. Its built-in active noise cancellation technology helps remove unwanted background noises to offer clear sounds even in a noisy environment.

The Lark C1 microphone wireless for phone is a great choice for anyone looking for a wireless solution for recording audio on their mobile device.

It is equipped with Hollyland's latest wireless transmission technology, which offers a transmission range of up to 650ft (200m) with an incredibly low latency of 0.02s.

Whether you're shooting videos for social media, vlogging, or just capturing some audio for personal use in a demanding environment, the Lark C1 is a great option to consider. 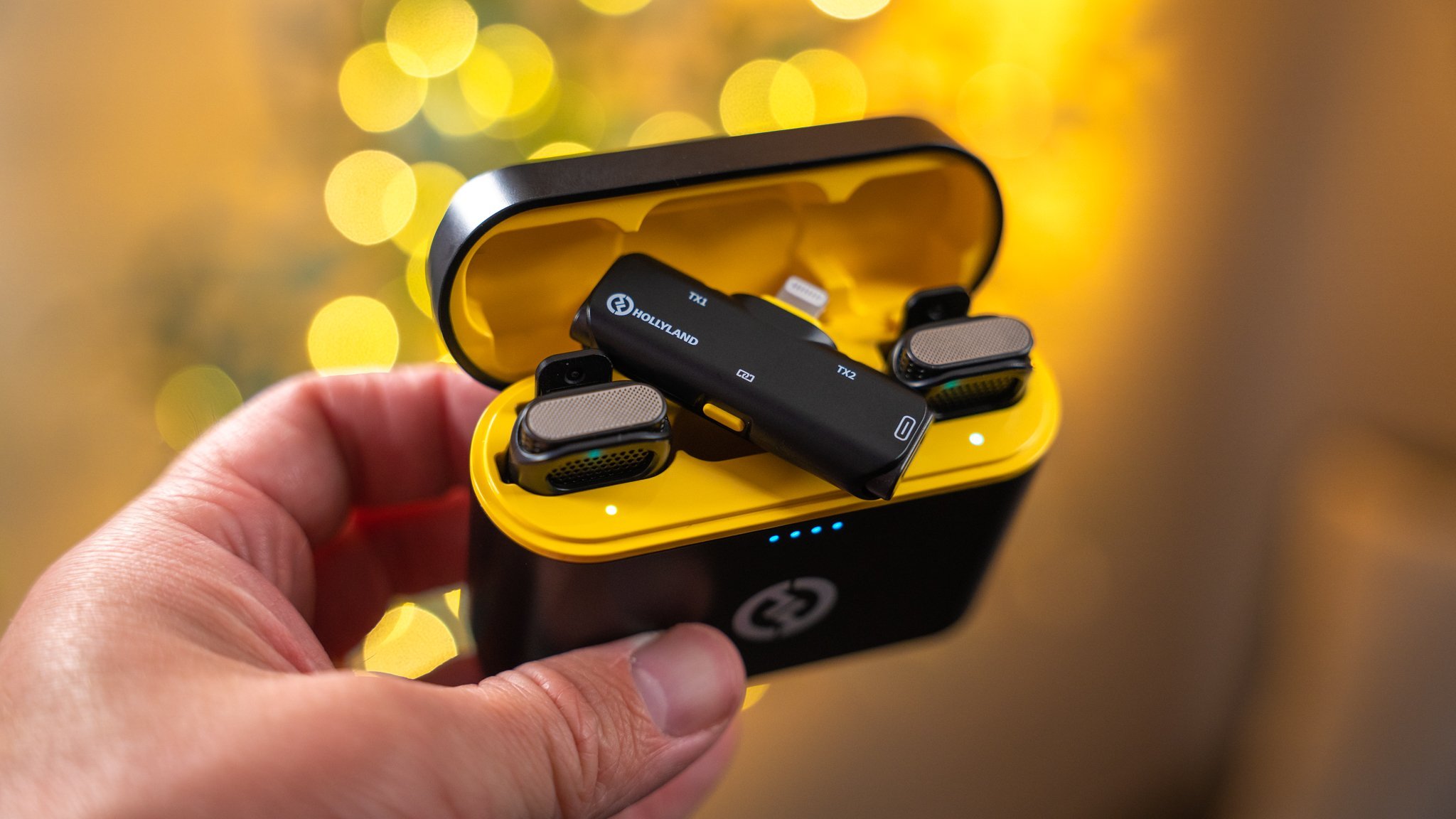 The Lark C1 is a portable microphone that is available in two versions, iOS and Android. The iOS version with a Lightning interface on the RX is designed for iPhones and other iOS devices, and it has the MFi certification, so you can rest assured that the Lark C1 you purchase is safe and compatible with your other Apple devices. The Android version with a USB-C interface on the RX is made for Android phones.

With both Android and iOS versions available, it is perfect for those who want the flexibility to use either operating system, meeting the needs of different users. The device is also equally good for those who want to use it for work or play. With its affordable price, the Lark C1 mobile phone wireless microphone is a great value for money.

Hollyland Lark C1, a portable microphone for iPhone and Android, is far better than other counterparts—both in terms of efficiency as well as price. Let's review some of the features of this wireless mic for mobile phone and do some comparison between it and other wireless microphones.

The Lark C1 wireless mic for iPhone has many advantages over other brands. For one, it is MFi-certified, meaning that it has been certified by Apple to work with all of its products. It also has a simultaneous recording and charging feature, which other brands do not have.

As compared to the Lark C1, some wireless microphones are not MFi certified, which leaves them as a less viable option for iPhone users.

The Lark C1 wireless lapel mic for mobile phone has superior sound quality and longer battery life than most other brands. This wireless microphone for iPhone video recording also boasts an impressive range of 650ft, compared to the 100ft or 200ft range of most other brands.

With Lark C1's RX plug-and-play configuration, you can easily connect the receiver to your phone or other recording devices without the need for any additional software or drivers.

With Alvoxcon Dual you have to plug the head-worn or clip-on microphone into the bodypack transmitter & plug the mini receiver with a hot shoe mount to your DSLR camera or phone (with include adaptor/cable), and you are ready to take your exciting video.

Samson also features plug-and-play operation with Mac and Windows computers. In addition, the XP308w works with iPads and iPhones via Apple's Lightning to USB camera adapter and Android devices via a host OTG Adapter. 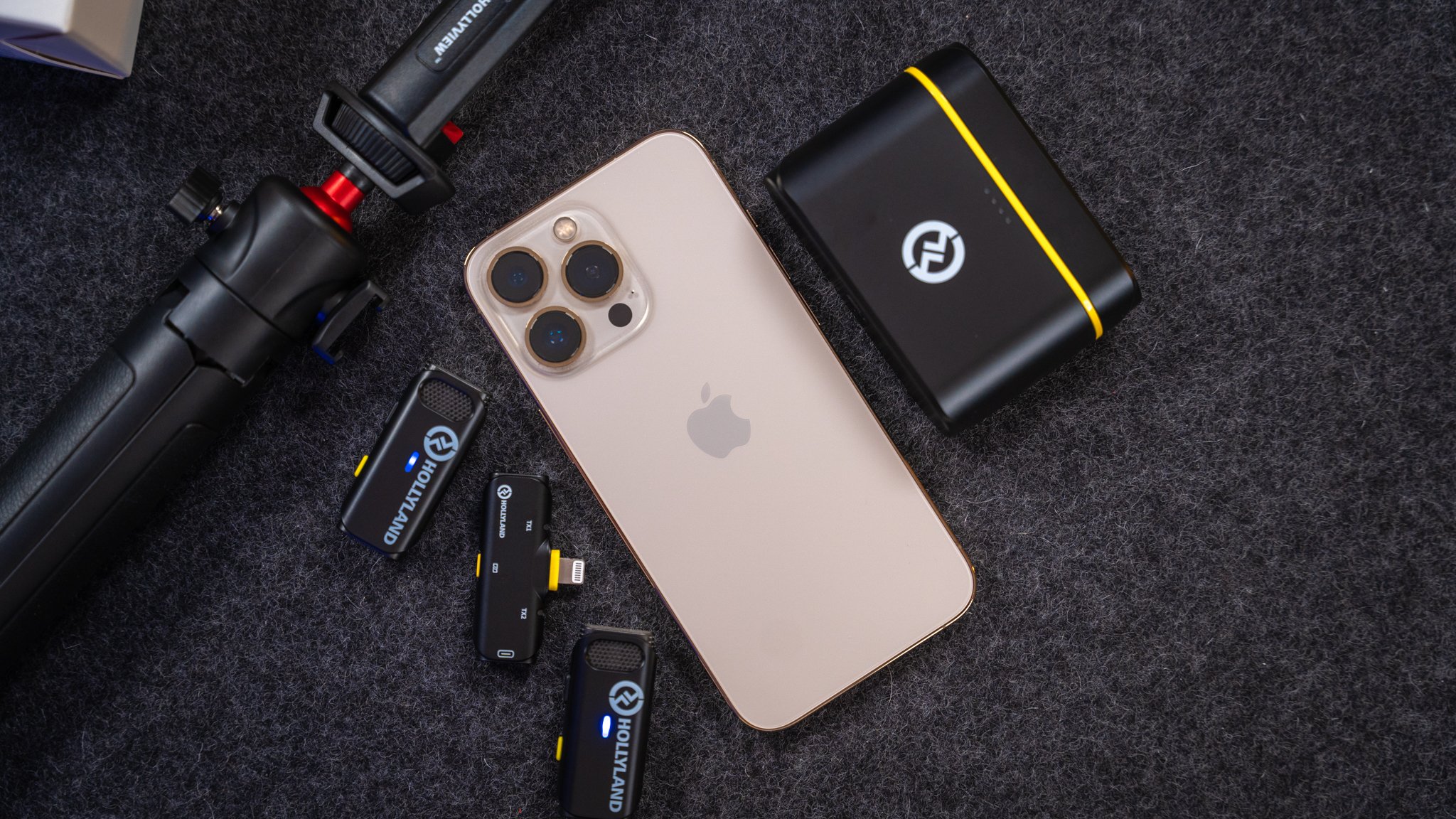 Lark C1 includes a built-in rechargeable battery, eliminating the need for ever buying batteries again. In addition, the Lark C1 comes with a charging case that ensures you always have a power source handy.

Samson and Alvoxcon also have rechargeable batteries. However, the battery life is not as good as Hollyland Lark C1.

With its compact and lightweight design and affordable price ($179 for the duo package), the Hollyland C1 is the perfect solution for anyone looking for an easy-to-use and feature-packed wireless microphone system with the MFi certification. All of these features make it the most reliable and secure wireless lapel mic for mobile phone.

The Lark C1 wireless mic for mobile is a great choice for anyone looking for a wireless microphone that is compatible with both iOS and Android devices. With its impressive range of 650 feet, the Lark C1 can easily be used in large venues or outdoor settings.

It is the best wireless mic for phone video recording as well. Additionally, this device is plug-and-play, making it easy to use right out of the box.