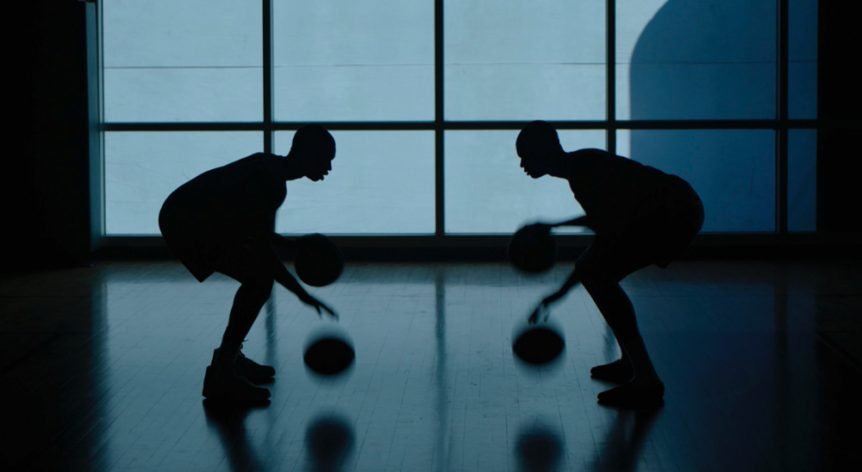 Audiences have never seen a story like that of the Antetokounmpos. After emigrating from Nigeria to Greece, Charles and Vera Antetokounmpo (Dayo Okeniyi and Yetide Badaki, respectively) struggled to survive and provide for their five children, while living under the daily threat of deportation. With their oldest son still in Nigeria with relatives, the couple were desperate to obtain Greek citizenship but found themselves undermined by a system that blocked them at every turn.

When they weren’t selling items to tourists on the streets of Athens with the rest of the family, the brothers – Giannis (Uche Agada) and Thanasis (Ral Agada) – would play basketball with a local youth team. Latecomers to the sport, they discovered their great abilities on the basketball court and worked hard to become world class athletes, along with brother, Kostas (Jaden Osimuwa).

With the help of an agent, Giannis entered the NBA Draft in 2013 in a long shot prospect that would change not only his life but the life of his entire family. And last season, Giannis and Thanasis helped bring the Milwaukee Bucks their first championship ring in 50 years, while Kostas played for the previous season champs, the Los Angeles Lakers. 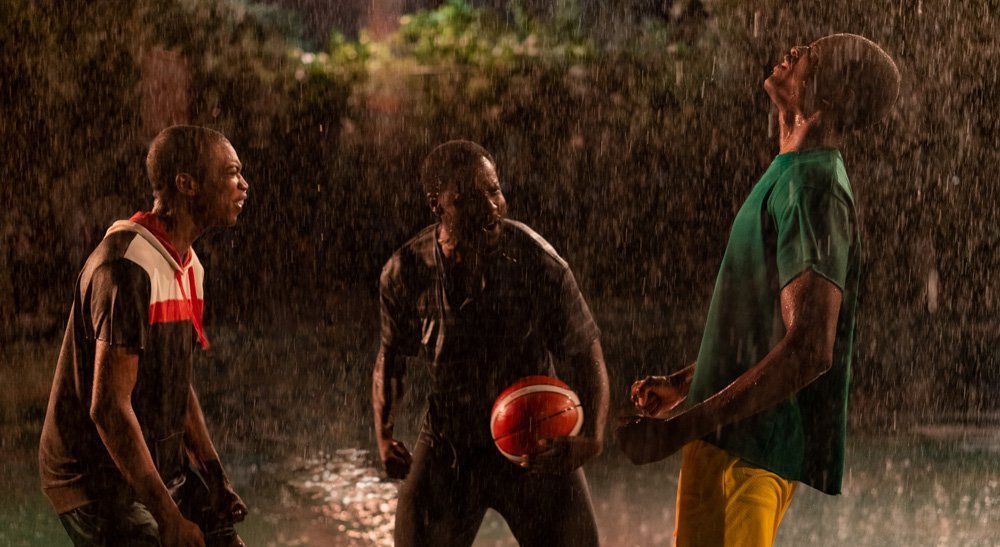 Thathe, having worked with Omotoso on the film “Vaya,” was brought aboard by Disney and the director. “Akin and I already had a great working relationship, so he put my name forward,” said Thathe.

A big fan of classic cinematography, Thathe likes to avoid overly complex camera work. “I never want to distract from the story,” explained Thathe. “I feel my goal is to have beautifully lit and framed shots that let the actors do their thing.”

“I was introduced to the 12K by our producer Doug Jones, who had recently completed another movie using the cameras and had a great experience with them,” added Thathe. “My initial impression of the image was how surprisingly beautiful the color science was. We were quite impressed.”

For Thathe, a key element to the color science was the sensor’s ability to react well to a wide latitude. “The dynamic range of the 12K was so balanced between shadows, mid tones and highlights,” said Thathe. "They merged together beautifully. That worked well for us because we were often outside in direct sun, so to get that nice balance between the shadows and the highlights was pretty amazing.” 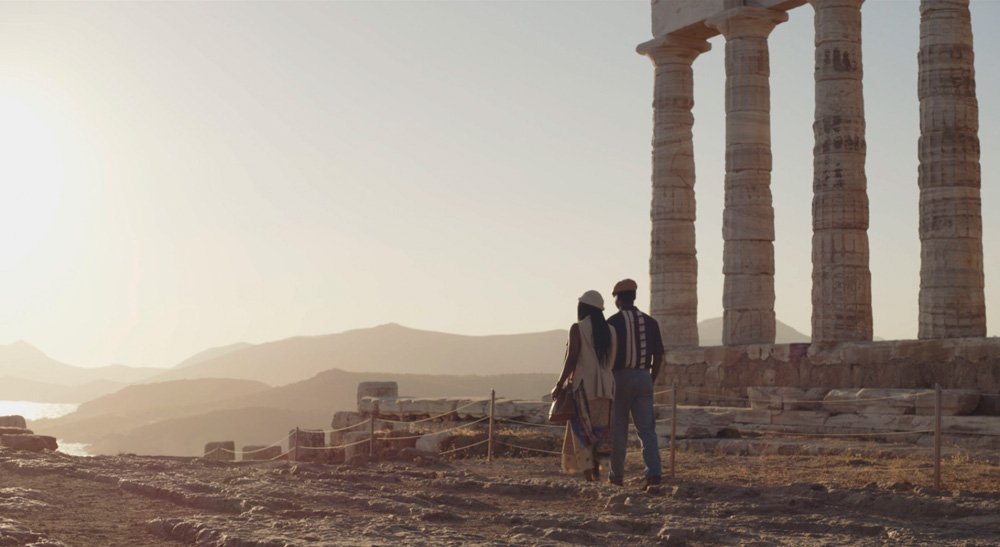 Equally important was how the sensor reacted to varying skin tones. “Akin and I always spoke about the importance of shooting dark skin. We wanted to show it the respect it deserves and not overdo it, allowing black skin to come out as black rather than a magazine airbrushed look. We did a bunch of tests with the camera early on and the way it handled skin tone was beautiful,” Thathe continued.

On set, Thathe utilized a Digital Asset Management (DAM) cart. Acting like a mobile post production facility, the DAM cart was designed to remove the need for a lab, creating dailies on set and delivering them directly to editorial. The system allowed Thathe to see graded imagery through DaVinci Resolve Studio directly from camera while shooting. “It was great to be able to run to the cart and see where we could go with the image right there. It was like we were grading on set as we're shooting, which was amazing. It helped us know where we're going and be consistent in the look that we're going for,” he explained.

True to his word, Thathe avoided complex shooting, instead finding the beauty in some of the simplest scenes. “The rain sequence for me was quite a thing. The rain machine was an amazingly big rig, and the 12K captured an impressive image under the highly contrasted lighting conditions,” Thathe said. “I also love the sequence of driving down the Grecian coast after they just bought a new car. It was just beautiful.”

For post, grading was completed in DaVinci Resolve Studio, with Thathe in South Africa working remotely with a Los Angeles based colorist. “The grading process was amazing. I just love the amount of latitude we had from the camera and Blackmagic RAW, and how we could push the image to where we wanted it to be. We didn't really have to do too much to the skin tones again, because the camera just read them so well. We were thoroughly impressed by the URSA Mini Pro 12K. This will not be the last time I’ll be using the camera,” Thathe concluded.

“Rise” is streaming on Disney+. 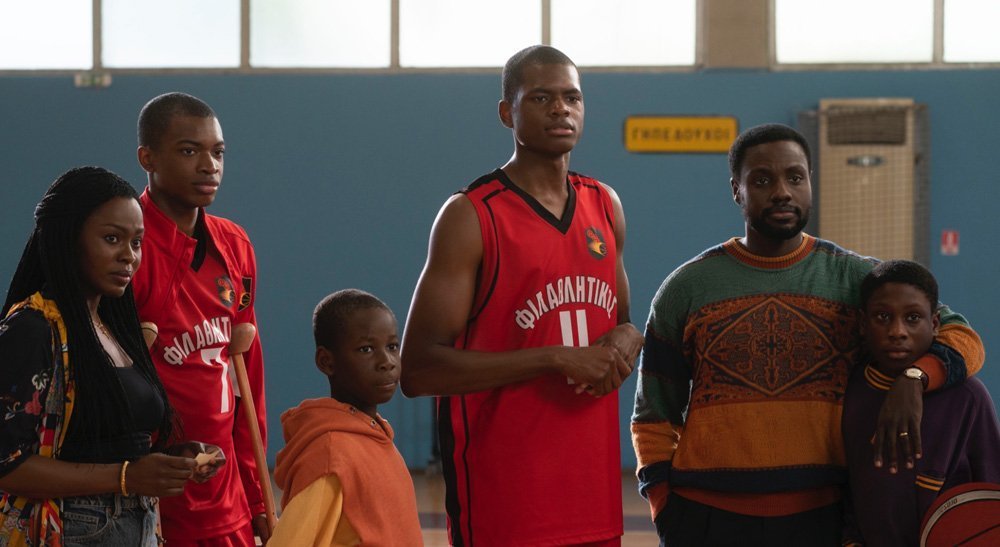